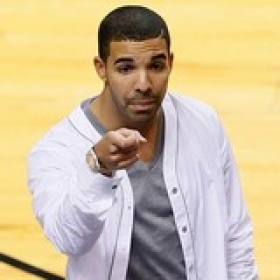 Drake’s latest song ‘Hold On, We're Going Home’ is expected to be played at weddings.

"It's me and 40 just channelling our Quincy Jones/Michael Jackson production duo. Obviously no offense to the greats,
I know we're not anywhere near that - it's just us kinda doing our thing, humbly attempting," he explained to MTV News.

"It's not a rap record. It's not Versace, it's not Started From the Bottom. In approaching this album I was like man, it would be great if we had a record that was played at weddings in ten years or that people that are away from their families in the army could listen to. Something that just [has] timeless writing, timeless melody. So I did it with the group that we signed to OVO called Majid Jordan."
The rapper thinks that his single will be successful.

"[The group is] not Magic Jordan. It's Majid Jordan, even though Magic Jordan is a really cool name," he smiled, before adding: "Majid is singing on the record with me and Jordan is his production partner. It's a great record. I'm nervous and excited and all these things about it.

"I've never really put out a record like this before, so we'll see how it goes."