Compton, California, gonna tell you all about his experiment with a drug

called Stix. That's some kind of embalment fluid mixed with scherm those

niggas down in...ha, those black guys down in Compton.

Somebody? Anybody? Who got the bomb?

Pass me the dip, it's time to take a hit

of the potent ass shit the kind that make you strip

flyin high inside my brain

You know karate, I no rizzeign

Try to beat me down I feel no pain

Down for mine that's the way mama raised me

Summertime we freak in the heat

Butt naked in the middle of the street

If you don't know how to do it, yo here's how ya do it

Take the scherm and cigarette and dip it in the fluid

Oh my God! Oh my God! Now the shit is lookin lovely

Light and stars all around me and above me

put em in an envelope and send it off to Interscope

Cos nigga's gettin short, I'm chokin from the smoke

Got a large loot, got it robbin that's cos I was broke

Jumped in the bucket, mad styles like a demon

If only you could trip off that shit that I'm seein

Sometimes that's how it get when you're smokin stix

Wake up the next morning in a cold sweat

under the bed, soakin wet, wearin boots and a hair net

Empty .45 was layin on the dresser

Last night I played the role of the tester

Toked up a good bag, Jenna had a good nap

Flashback got me ready to scrap

I don't know what I done did

and I don't know where I done been

I know last night I robbed my friend

and if that's wrong then call it a sin

But I was broke and broke ain't no joke

and I can't cope without my Smith so

so dip it up and watch me suck it up

and I'll get fucked up and I might go nuts

Pass the loot motherfucker to a troop 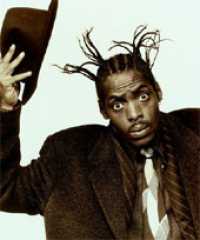