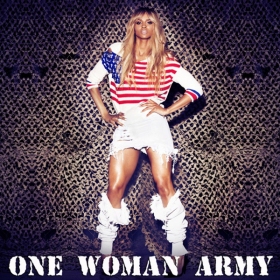 The Austin-born singer/ songwriter Ciara has recently unveiled a new song to tide fans over the release of her upcoming album. Debuted over the weekend by DJ Orator, the tsmooth rack titled "Sophomore" features the songstress dropping the sultry lyrics. She smoothly sings about giving her partner a lesson in sex education. "So soft, my skin/ So soft, my booty/ So soft, my bed/ So soft, I got 'em sayin'/ Give me more" . Soundz previously produced 2 songs on her Basic Instinct album, "Gimmie Dat" and "Heavy Rotation".

It's not known if "Sophomore" will be included in her new album One Woman Army or not. While it will be her fifth studio album, the set will be the first she releases under Epic Records. The album will have "Sorry" as the first single with Christopher Sims being tapped to direct an accompanying music video to the track. Meanwhile, you should take a listen to the new track in here.