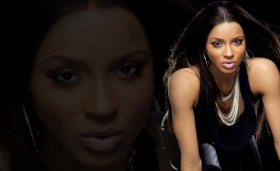 Ahead of Ciara's "Gimmie Dat" music video premiere on October 12, an official teaser to the forthcoming clip is now released. It teases her energetic dance choreography with several male dancers as well as another scene where she is dripping wet under the rain.

The music video is directed by Melina Matsoukas and was filmed in Los Angeles. "My fans are gonna be so in for a treat," she previously said in a radio interview. "I never like to blow my videos up, but I'm just telling you, I went in on 'Gimmie Dat'".

Gimmie Dat is recorded for Ciara's next studio album "Basic Instinct" which is expected to arrive later this year. "With this album I wanted to take it back to the basics and bring back the bass," she said. "At the same time, I'm still showing my growth and trusting my first instinct, my basic instinct on everything - my music choices and creative choices."

You can also listen to the official song below: