Ciara shares details about upcoming album and her Sorry single 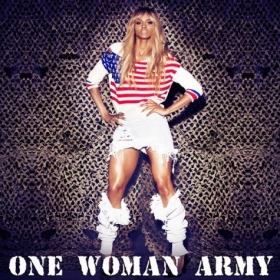 RnB songstress Ciara has recently dropped two more songs off her upcoming album One Woman Army, "Sorry" and "Sophomore" and recently announced she has prepared a music video in support of the lead single "Sorry".

Former named Billboard Woman of the Year, Ciara will release her fifth studio effort near the end of the year, on December 4th and she recently shared more details about it.

In a press release earlier on Monday, Ciara's label Epic Records teased the litany of producers with whom she collaborated (some major names like Rodney "Darkchild" Jerkins, The Underdogs, Jermaine Dupri and Josh Abraham), as well as info about the intended next two singles: "Sorry", the first single, which is set to premiere in two days, on 106 and Park Sept. 13rd , and another single, "Got Me Good" planned for an October 8 release.

Stay tuned for CiCi's "Sorry" single when it premieres September 13.

Ciara's "Living It Up" single: