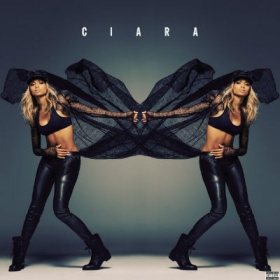 Ciara renamed her album and unveiled her cover artwork and tracklisting. Her forthcoming LP, "One Woman Army" was retitled with her own name and is set to be released on July 9. "Take A New Journey With Me. "CIARA"…July 9th!" she wrote.

"I started working on this record more than a year ago, and since then, I have found my creative clarity on the direction I wanted to go in," said Ciara in a press release. "It was almost a whole surge of fresh energy, and I pushed myself to be even more creative. I’m more open to change. I’m learning so much of about myself, and I’ve become really comfortable and free. This album goes beyond my music. This time it’s about taking a new journey with me.

"It’s been so many years since I’ve done a video in Atlanta," she said. “That alone was refreshing, but went beyond that. We captured the spirit of the song and the feeling of having a body party. It’s the perfect combination of fun and sensuality".