CIARA - Get it Girl 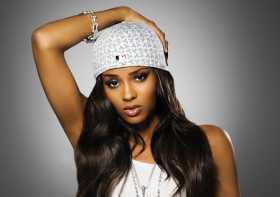 Just what did you expected from Ciara? I would say that exactly this new single - Get It Girl .

The track by African-American recording artist, CIARA rumored to be featured on her upcoming fourth studio album, Basic Instinct expected for released in the second half of 2010.

Listen to Ciara - Get it Girl and check out the Lyrics here :