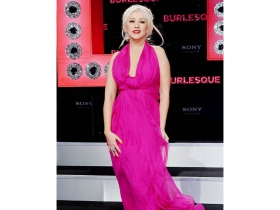 Christina Aguilera it's rumored to have been booked as the opening act of the 53rd Annual Grammy Awards on February 13. If the rumor is true, it might be her chance to redeem herself after flubbing "The Star-Spangled Banner" at the Super Bowl XLV.

Wayne's World suggested X-Tina will team up with Jennifer Hudson for the music's biggest night. Together, the two Grammy-winning artists allegedly will pay homage to veteran singer Aretha Franklin at the beginning of the prize-giving event.