Black Thought from the legendary Foundations

Sendin' this one out to the people, knah I mean?

My peoples in the streets of Illadel

The streets of New York City, know what I'm sayin'?

The streets of Jamaica to the ghettos of London

Word up, peoples in the struggle in ???, Cuba, South Africa

And yo, open your minds to this one, feel it

Feel this joint, for real

Uh yo yo yo

This morning I woke up in a curfew

O God, I was a prisoner too, yeah!

Could not recognize the faces standing over me

They were all dressed in uniforms of brutality, ay!

How many rivers do we have to cross

Before we can talk to the boss? ay!

All that we got, it seems we have lost

We must have really paid the cost

That's why we gonna be burnin' and a-lootin' tonight

Give me the food and let me grow

I said all them, all them drugs gon' make you slow

It's not the music of the ghetto

We gonna be burnin' and a-lootin' tonight

Yo y'all know the time

Some takin' this to the streets right, they want war

The sheriff at the front door, he comin' to hunt y'all

They want y'all to pass like some type of gun law

They come in the night, then block out every border you can run for

I'm self sponsor, light up the mic just like ganja

Black Thought in the flesh, no impostor power hilly

inside a steel curtain

His net workin' or shoulders, backs, and necks hurtin', for real

So be supreme or just remain a mere person

Yo you can find knowledge of self or keep searchin'

Whoever in the crevices, thirsty, workin'

Beneath the surface y'all know the purpose

Keep the streets burnin' yo 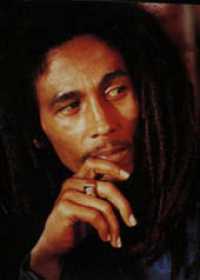