how does it go?

Walk, to a time when minds was one

Came into creation as itself, mankind was born

Step into the eye of the storm, survive as pawn

Casualties of evil men, slidin' the blinders on

Lies will spawn, hey are you concious was side you're on?

Is the total story told or is it they hide you from?

Why are we on the brink of murderin' more innocent

Now we slide (?), we're patriotic and so militant

Get ya ride on, rise on, take a look

They done even takin' righteous laws, rewrote the books

To benefit the prize they got they eyes on

Minds run rampant, to be revealed when the proper time comes

It's when you think how they wanna think

Speak how they wanna speak, Livin' in defeat

When you don't wanna question what they teach, as the truth

With no proof, with the fear of burnin' in eternal heat

When your programmed not to be your own man, but a sheep

Bein' heared as they word it, so you think it ain't free

When you sleep in a deep sleep standin' on your feet

When your beat makin' ends meat, raw, thin and they see (?)

In the heat on bare feet, smile showin' off your teeth

And they jerk it, while they surf,

Plus the surf keeps the _____ (?) underneath the brainwashers

You just keep playing. Can you bring that level up in my earphones? And you bring their level up in my chairs, cause I'm playing with sticks, and I'm drowning ÃƒÂ¢Ã¢â€šÂ¬Ã‹Å“em out, so if you can give them more of this. Yeah, you can bring that in even more. Bring up. Yeah. You guys play. Yeah, that's perfect. 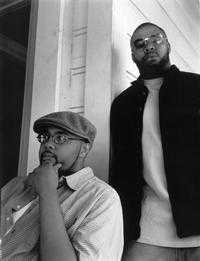