Video premiere: Alesha Dixon 'Every Little Part Of Me' 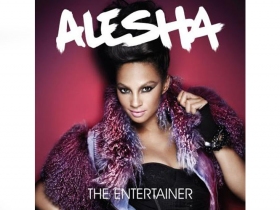 After the short snippet earlier this week, Alesha Dixon debuts Every Little Part of Me music video in full. The clip features Jay Sean and follows him and Alesha as they run into trouble with law and get busted in a parking lot. It ends with cliffhanger suggesting there will be continuation to this sad-ending story.

Every Little Part of Me single is the third from Dixon's now-in-store album The Entertainer.
Beside featuring Jay Sean, the album also sees her joining forces with Roll Deep in song Take Control.

The video was filmed in Miami last month, during which she spared time between her tight working schedule by enjoying winter sun on the beach.